The characters directly below belong to the series of Saurian Era mini-comics you can read by clicking on the covers on the bar to the right.

Below is a quick bio of the characters featuring in my newest Saurian Era comic, 'The Reef.'

Barli: Dark-eyed and solemn, Barli is a man of few words. He joined the caravan of pilgrims recently, them benefiting from his great strength and the massive weapon he carries called a ‘Dinn-hammer.’ 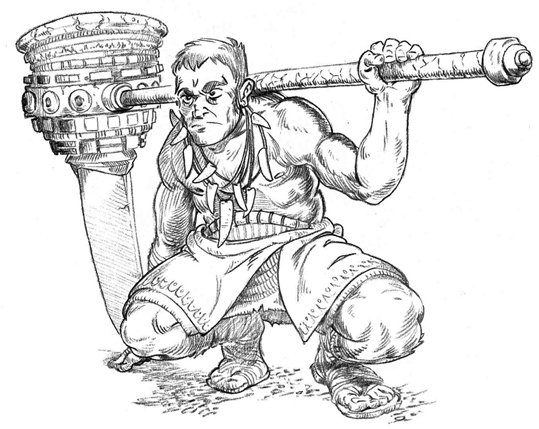 Pilgrims: A weary and worn out group of castaways fleeing the war-torn disaster that is left of their homeland. Riding atop their few remaining dinosaur steeds they are currently taking the risk of crossing through a hazardous reef in order to save time and put more distance between them and their pursuers. 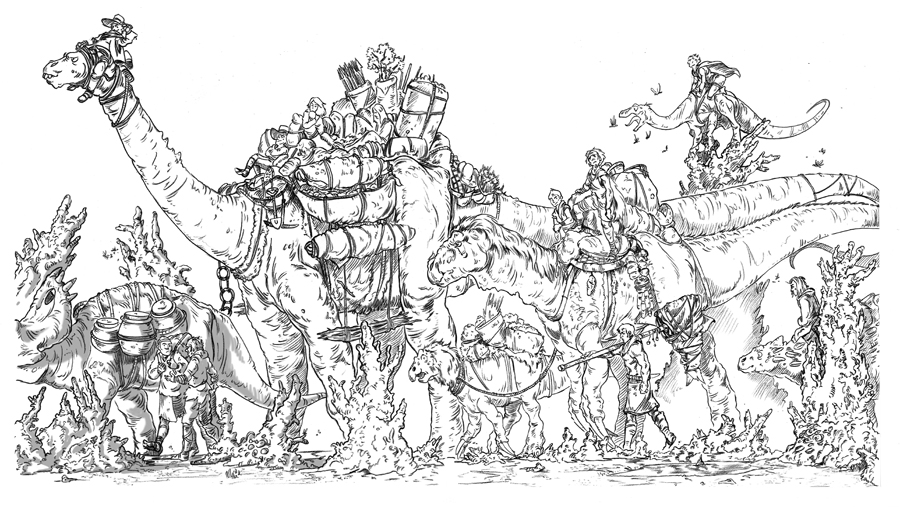 Ank-Tank: Part of a mysterious and feared caste of warriors called ‘Burners.’ Rumoured to be nigh on indestructible due to being encased in a rock-hard scale armour coupled with the inhuman strength and stamina associated with being a Burner. The group known as Ank-Tanks gain their strength from burning the bones of an Ankylosaurus, hence their near impenetrable defence. 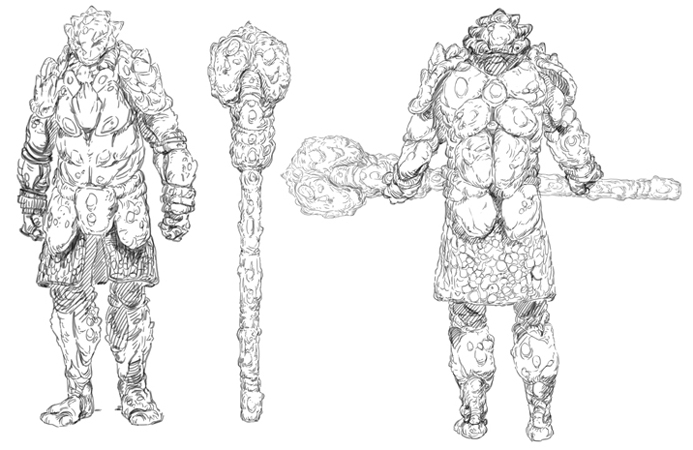 Paleomancer: The ruthless and cunning leaders of much of the military power of the Saurian Era world, Paleomancers can control and manipulate the remains of any dinosaur that is no longer alive.

Knief: Female Burner and lackey of the Paleomancer. She burns the teeth and claws of smaller carnivores, granting her great strength and agility. She shares history with the deserter, Barli, and is now under orders to bring him back to heel.

Tredd: Rival of Barli and also under orders to bring him back. He burns the teeth and claws of larger carnivores and benefits from massive strength and stamina.