Taking a shot at designing some of the human characters a bit further. The top two are the guy and raptor from the second comic. His outfit has been redesigned and inspired with Muai Thai Kickboxing in mind. I did Muai Thai kickboxing for several months and tried to soak in as much as I could (including a few punches to the head), especially about the fighting and culture that it comes from. 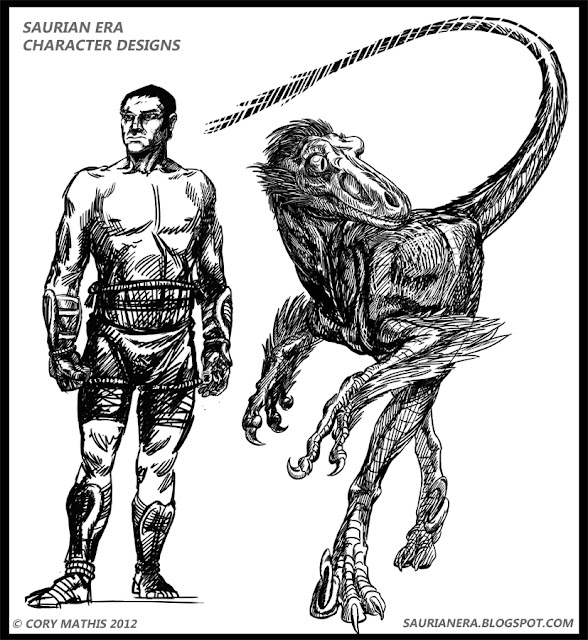 The first guy in this second lineup is your typical grunt character with sword. I had fun incorporating a mix of armour, both dino-scales and metals along with some asian inspired drapery and rope. The girl is part of a group of people who are against dinosaurs. The blindfold is going with the idea that dinosaurs read humans by watching their eyes so part of their uniform is a blindfold with a slit in it. The last guy is another go at working on the main guy from comic no.1. Not the most happy with his pose but happy with how the face came out. Planning on putting some more development into his shorts/skirt and sword. 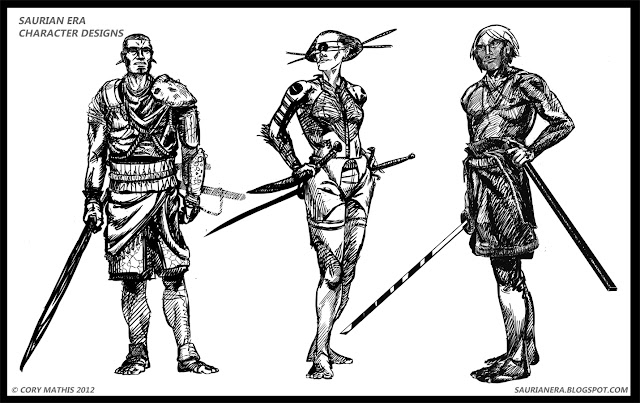