Back from Auckland, it was time to make things happen. I moved into the city and through a good stroke of luck and my good mate James, managed to get myself an ace studio at Toi Poneke. I was still working full-time, doing magazines at the bookstore, so had to use my spare time wisely. It was a bit of a balancing act (especially money-wise) but I managed to get my head around it and got the following part of Saurian Era into production, this time working towards a comic to tell the story, instead of animation. 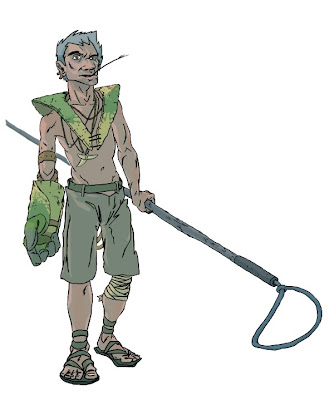 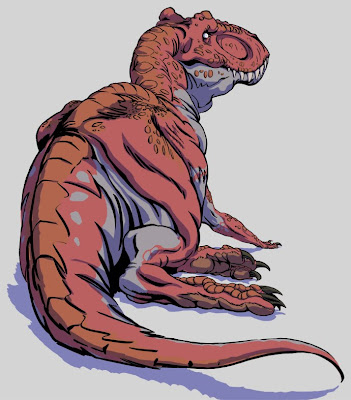 Rex Bruiser - your typical grunt you might find guarding the palace or as shock troops in wars: 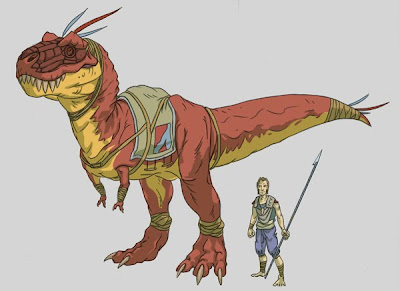 Going with the idea of them being aquatic and a bit like tropical scorpion fish, they are usually coveted by religious sects and rarely seen on the battlefield:

Here a poacher has captured a young Rex from the wild and is forcibly taking it to civilization where it will be broken and brought up to be a prime fighting Rex and compete in the arenas: 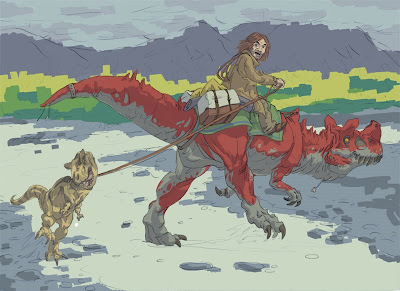